No one likes to deal with a car that is acting up; this can mean being delayed from work and having to trouble a friend for rides and, of course, the resultant repair bill. However, you always want to check any problems you're having with your car as soon as possible, as they're not likely to get better on their own, and usually just get worse. Note a few surprising reasons for your car to act up so you know what you might be facing by way of repairs.

When your engine overheats

Lack of coolant is the most obvious problem for an engine to overheat, but you may not realize that problems with the exhaust can also cause the engine to run too warm. Your car's exhaust system vents hot air away from the engine; if the tailpipe or catalytic converter is clogged, this can cause that hot air to build up in the engine and it then runs too warm.

Low oil levels or oil pressure can also cause the engine to overheat, as oil not only lubricates the engine but keeps it cooler as well. If the engine's coolant levels are fine and there is no radiator fluid dripping under the car, check the oil levels and then have the exhaust system checked for blockages.

When your car won't start

A dead battery is typically the most common reason a car won't start, but if the engine doesn't make any clicking noise as you try to start it, it may not be the battery at all. Check to ensure the car is actually in park or neutral as the shifter may have gotten out of place. Also, you may have the P/N safety switch checked; this is a switch that doesn't allow the car to start unless it's in park or neutral. If the switch is broken, it may not read that the car isn't in gear and may keep it from starting.

When your engine stalls after starting

If you can start your car but it stalls, but then doesn't stall after you give it lots of gas and drive it a bit, this is often a problem with poor fuel quality. The fuel may be watered down with alcohol so that you need to push lots of it through the engine to create combustion. Drain the fuel tank or idle the engine until the fuel runs out and then refill it with quality fuel in a high octane, and note if this fixes the problem. 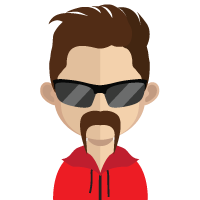